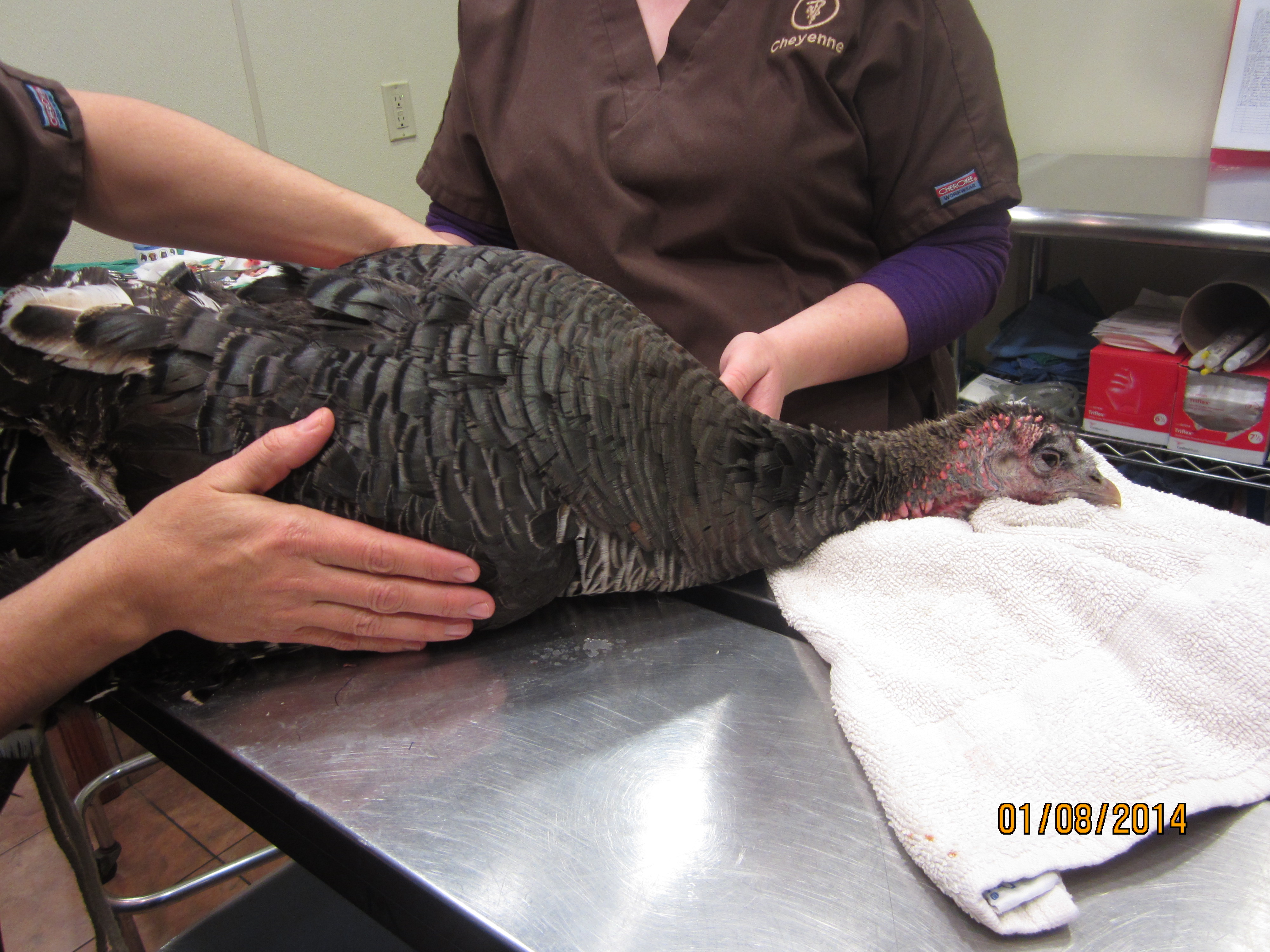 This beauty has all the boys fighting over her, literally! On the eighth of January Terry Jarvis called Perkins Veterinary Clinic concerned for the life of his new laying hen. Terry just recently began to breed turkeys, and his star pupil was severely injured, by two toms that both wanted to breed her. When Terry rushed her to the clinic where we discovered a large laceration on her right side, under her wing. Terry was very happy with how fast the clinic was able to get her into surgery. He was also happy that the clinic was able to handle his problem, it’s not every day 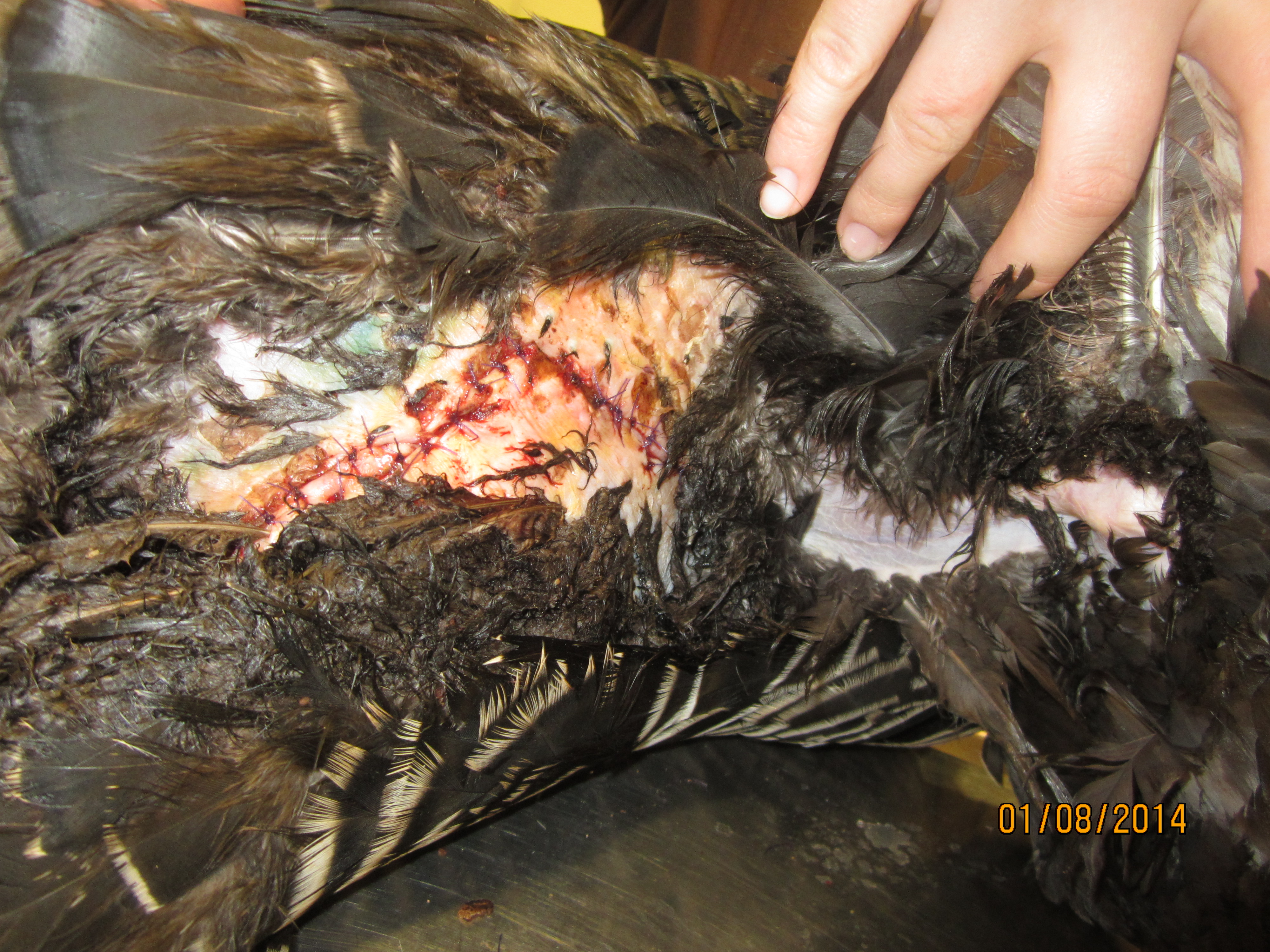 you perform surgery on a turkey. One hour into surgery Dr. Murray placed her last stitch and cleaned her up. Cheyenne one of the technicians sat with the hen and comforted her as she woke up from anesthesia. Upon waking up the hen was so relieved she laid an egg. The beautiful hen is now fully recovered and growing back her feathers that she lost. She spends her days playing escape artist by flying out of her pen and eating wild green. Terry said he is extremely thrilled to have his girl back to full health. Terry has now equipped her with a turkey saddle. This is a brace that protects her from getting scratched up by toms. The hen is still attracting all the guys and is soon to become a mommy in a couple of weeks.